Contractors and the general public often work together on construction projects, and this can lead to risks that need to be properly managed. When traffic gets in the way of a project, it’s common to close the road. When this isn’t possible, contractors need traffic control people, who are also called flagpersons, flaggers, or signalers. Traffic Control Persons for Construction Flagger.

The Canadian Center for Occupational Health and Safety (CCOSH) that the roles of a traffic control person are:

To learn about the job of a traffic control person, take this course. You will be able afterward to describe the PPE they need and how to use it properly. You will also learn about the signs and equipment used in traffic control, as well as the situations in which they are used. It’s also important to plan ahead and communicate with your coworkers before things happen.

The skills you will also learn:

Conducting checks before and after each task.

There are enough steps and signs to slow down or stop the traffic.

Responding to problems and emergencies that come up.

You should not think of this class as a replacement for the standards, codes, and laws that apply in your area. This class is meant to be educational.

Additional things to think about when you’re a traffic control person.

To make sure traffic control people are well-trained, they need to know everything about the project: what will happen on each day, what kind of equipment will be used, how it will be laid out, and so on.

Traffic control workers must wear high-visibility vests, hard hats, safety shoes, goggles, and earplugs, all of which must be approved by the CSA. People who work as traffic controllers also need to have a plan for when things go wrong, like when a car doesn’t follow directions or loses control.

The CCOSH only recommends traffic control people when other methods aren’t working or aren’t enough. However, barriers and traffic lights should be used when possible to help with the job. 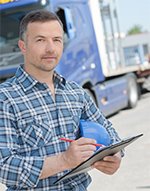 Hours of Service: How to Fill Out Paper Logs Online Course 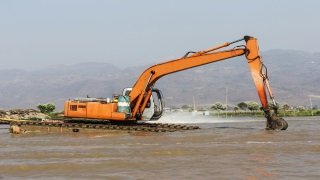